The engine that will used in Boeing's new 777X aircraft flown into the air around 10:40 a.m. Pacific standard time and spent for more than four hours on its first flight. During the flight, the aircraft and engine completed the entire test and validated key operational and functional characteristics enabling the test campaign to progress in subsequent flights.

The GE9X and Victorville teams have spent months in workshop preparing for flight testing of the engine, and their efforts paid off today with a picture-perfect first flight, said Ted Ingling, general manager of the GE9X program at GE Aviation. "Today's flight starts the beginning of the GE9X flight test campaign that will last for several months, allowing us to accumulate data on how the engine performs at altitude and during various phases of flight." 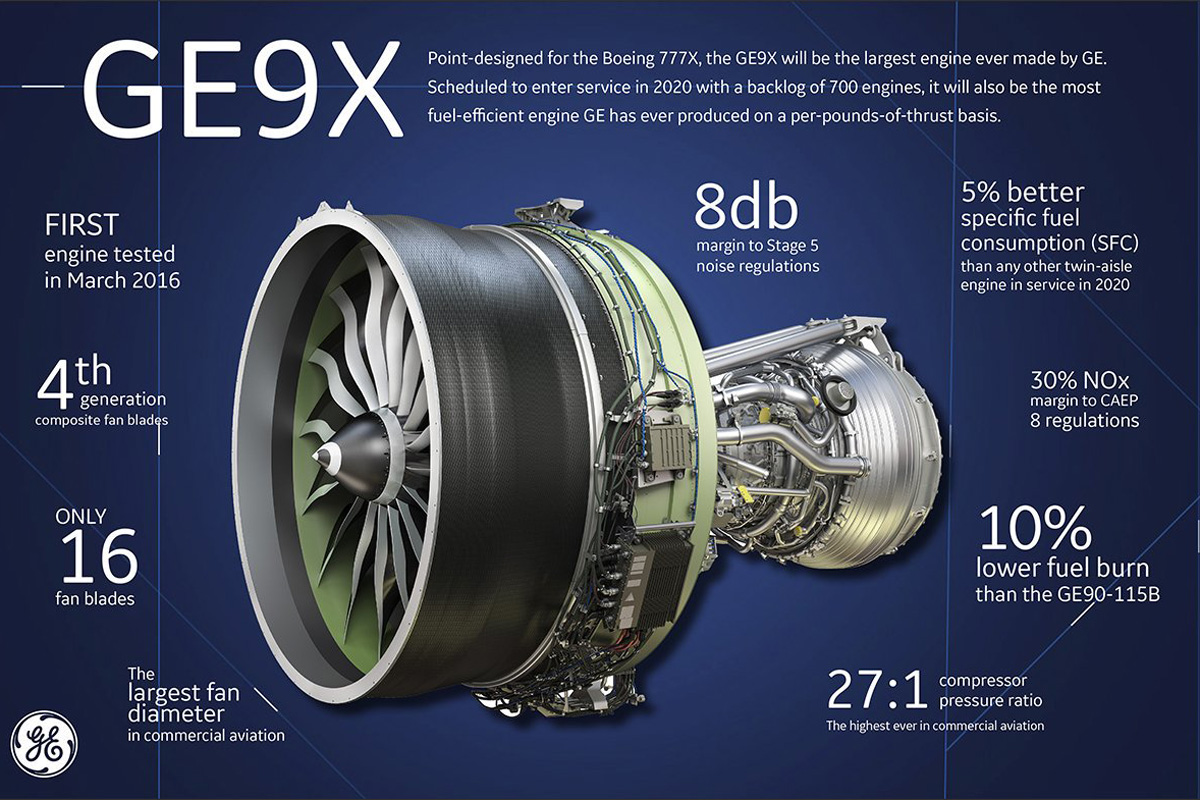 Certification testing of the GE9X engine began in May 2017. Beyond flight testing, the engine recently completed icing tests at GE Aviation's facility in Winnipeg, Manitoba, Canada, and continues crosswind testing at the Peebles Test Operation in Ohio. Engine certification is expected in 2019.

With almost 700 GE9X engines on order, the GE9X engine will be in the 100,000 pound thrust class and will have the largest front fan at 134 inches in diameter with a composite fan case and 16 fourth generation carbon fiber composite fan blades. Other key features include: a next-generation 27:1 pressure-ratio 11-stage high-pressure compressor; a third-generation TAPS III combustor for high efficiency and low emissions; and CMC material in the combustor and turbine.